Moses On Mount Sinai And The Silence Of Tigray Delegates In Pretoria. 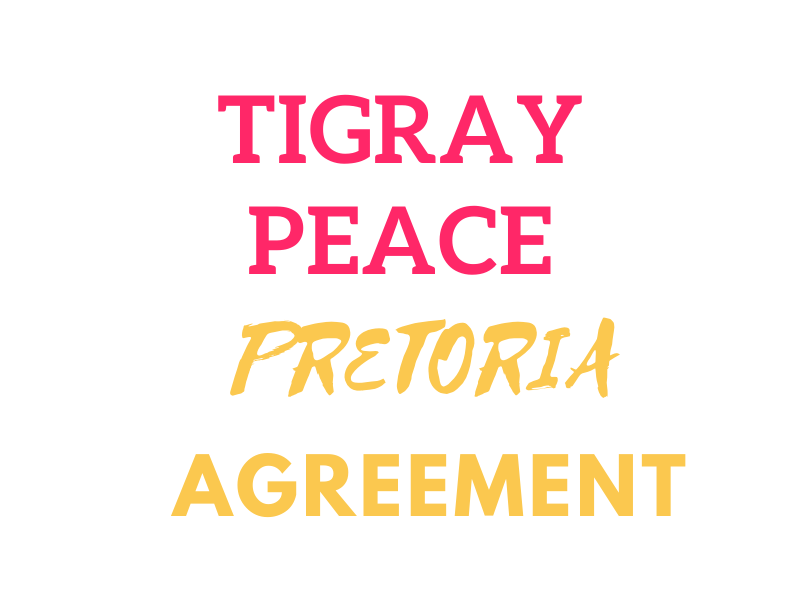 They say, with patience, one can empty the entire body of water in the ocean with a spoon. And that is precisely the reason the erudite of antiquity tell us that patience is a virtue.

The essence of patience or lack of it is captured in the Biblical stories particularly when Moses led the Israelites from the bondage in Egypt and as it happened, the story in Exodus, chapter 24, verse 12 goes on to say that, “….The Lord said to Moses, come up to me on the mountain and stay here, and I will give you the tablets of stone with the Law and Commandments I have written for their instruction.” And in verse 13 to 18, it continues, when it says, “…then Moses set out with Joshua, his aide, and Moses went up the mountain of God. He said to the elders, “Wait here for us until we come back to you. Aron and Hur are with you, and anyone involved in dispute can go to them.”

As the story continues in chapter 32, it takes a different turn when the Israelites remain impatient instead of trusting the promises of God. And verse 1 narrates when it says, “And now when the people saw that Moses delayed coming down from the mountain, the people gathered to Aron and said to him, “Come make us gods that shall go before us; for us [for] this Moses the man who brought us up out of the land of Egypt, we don’t know what has become of him.”

Later on Moses came down of the mountain with the two tablets of the Ten Commandants and grew angry at the people for they had turned their backs on the Lord and worshipped idols instead. Certainly, the moral of the story is the imperatives of patience for people invariably remain emotionally charged and make wrong decisions and often times the spurious decisions turn out to be detrimental.

Impatience is hitting home when we particularly those of us in diaspora are cooking up theories and hypotheticals pertaining the Peace Agreement that was signed in Pretoria between the Government of Tigray and the Federal Government of Ethiopia. Certainly, as any other peace agreement, there are unanswered questions waiting for clarification but instead of trusting the competence and integrity of our leaders who have always put the primary interest of the people of Tigray above and beyond anything else, we are handing the enemy on a silver-platter a crack to manipulate our otherwise forte and coveted unity.

We need to be composed and examine events devoid of emotions and it is only then we realize that most of the articles in the agreement are a boon to Tigray in a short, middle and long term strategies where the strategy of seeking peaceful solution from the get-go not only reaps diplomatic victory for Tigray but in the short and middle strategies, it helps Tigray to regain all it had lost after November 2020. And the long term strategy is that it severs the relationship between the Eritrean regime and the Ethiopian government. The Elephant in the room is certainly the clause that says, disarmament but again, we shouldn’t rush to conclusions before we hear from our leaders who are hard pressed to elaborate as much as we are eager to see clarification to that effect. Again patience is a virtue.